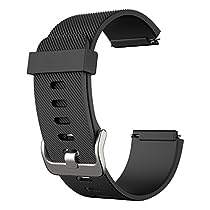 Availability: Usually ships in 24 hours Fulfilled by Amazon and Sold by iXCC
Product Description
The limited warranty period for the Product extends for 2-year from the date of purchase.
Product Details
Product Features
Customer Reviews

Get what you pay for!!
By Gia R.
The white band was missing the screw it takes to attach to the gun metal. So I took my black band that I had from original Fitbit purchase and combine do it with the part of the white band that had a screw.( so my Fitbit band was white and black). I wore the band for TWO days and the rubber completely split and separated from the part of the band that holds the pin in. VERY unhappy because I work on a cruiseship and can not just return it as people who live on land I live on the ocean.

Broke after 5 days of wearing
By RBurnes
The color is the only good thing I can say about this .... a cheaply made piece of crap that broke less than a week after receiving. The rubber strap split completely right at the intersection iwhere it attaches to the Blaze and is unfixable. Iwill definitely spend the extra money to buy Fitbit's band next time.

Save your money!!!
By Kula1981
I bought two of these thinking they would last me for a while....well and whopping two weeks later, the band broke. Seriously!?!? Save your money and time and the metal ones with the magnet....it's super sleek and a LOT more durable than the silicone one. 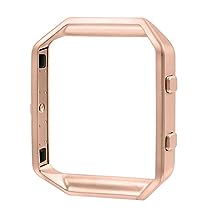 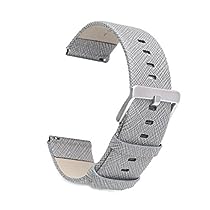