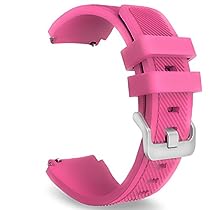 Stylize my Gear S3
By Mohamed Abdin
I love this band for my Gear S3, I bought the Navy one and it fits perfectly. You can mix and match depending on your mood and needs.

(See picture for original next the Navy one I bought.)

I love the quick-release more than the original, they have a similar design but I can reach the metal button more easily on this one and I'm grateful for that because I have no nails, lol.

The quality is great and looks like it should last as long as the original.

I would recommend to a friend and planning on buying the red.

Very uncomfortable
By Vishnu Raghav
Looks very nice, but is very uncomfortable. The heart rate monitor on any watch including Samsung gear S3 works accurately only when the watch is tightly strapped to the wrist. But this watch band has thick non-flexible hard strap loops which press into your skin when band is strapped tightly , causing an injury.

They need to redesign the strap loop , to make it flexible soft to the touch and thin so that it does not scar the skin.

This band itself is similar in size to the larger of the two original Samsung bands that come with the Gear S3, but a little bulkier. The color was fun, so I am disappointed it isn't practical for me to keep using it after trying it for a week.

I normally fit the original smaller Samsung band on the second-to-smallest hole, but I had to punch a new hole in this band because all of the sizing options were too big. Even with the new hole, the long length of the band still made it uncomfortably large to wear.

Had this band come in two sizes -- similar to the original Samsung Gear S, my guess is it would have worked great for me. To band creators -- please remember that us petite females geek out over sweet technology, too. 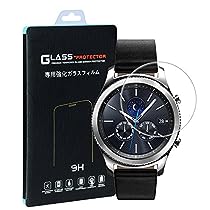 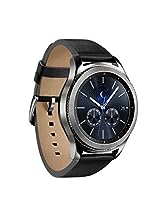 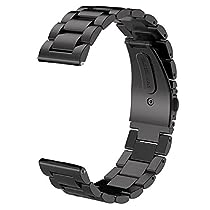